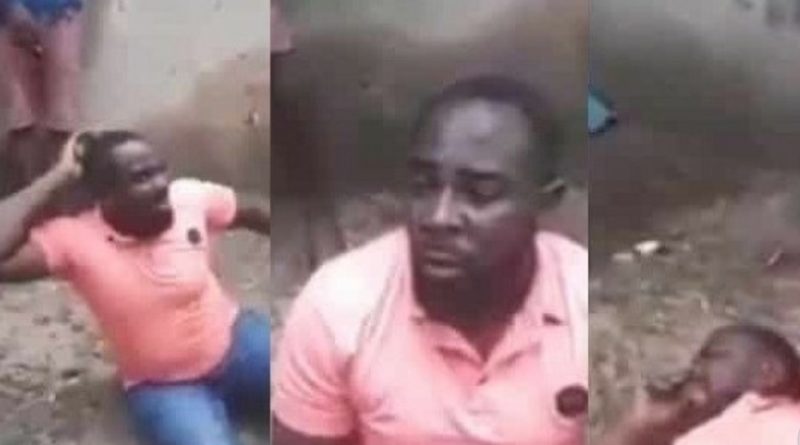 ‘One Chance’ is the practice of using commercial vehicles to rob passengers of their personal belongings such as mobile phones, money, etc. Numerous cases of missing persons have also been associated with One Chance activities.

Survivors of one-chance operations are often left traumatized by the event.

Yours truly was once a victim of One-Chance.

It happened many years ago while I was returning from a trip to Cotonou. I arrived Lagos late – around 9:30 pm.

It started when I boarded a danfo at Mile 2, under the bridge.

Curiously, a good number of people waiting for commercial vehicles at the spot were ignoring available danfos. Instead, they opted for big Molue-type buses.

Now here is an interesting thing: a police officer boarded the One-Chance bus with us. Interestingly, he was earlier discouraged by the bus conductor from entering the bus. According to the bus conductor, there was already a “staff” in the bus.

I thought that was weird, because no one was wearing a uniform in the bus, and the bus arrived empty, except for the drive and a passenger sitting at the front with the driver.

That was a red-flag signal, but I missed it.

Still, the elderly policeman insisted on entering. It was a decision that he would forever regret as he suffered the most savage beating when the One-Chance operation started.

Thankfully, these one-chance operators were not human organs harvesters. They only took our personal items like phones, money, etc.

Board buses and taxis at designated Bus-stops

Observe the occupants and sitting arrangement before you enter

Do not board “Kabu kabu”
“Kabu kabu” refers to unregistered taxis. They typically operate without the designated colours of commercial vehicles. They are also not registered with the drivers’ union. So they do not have designated garages or parks. When they are used for abduction or one chance, it makes it hard for the vehicles to be tracked.

Do not board Vehicles with tinted glasses or Curtains

They operate at the wee hours

One-Chance bandits typically operate at night or at dusk. At such times, security operatives would typically be unavailable. They also operate in isolated locations or where the police would not be easily available.

Scrutinize the driver and conductor closely

You can identify their criminal intent if you watch closely. Observe their body language of the driver and conductor carefully. If your gut feeling tells you that they are untrustworthy, do not board or quickly disembark.

Do not hitch-hike or accept a lift from strange cars.

Ladies, in particular, should be wary of whose cars they hitch-hike on. Many have gone missing from taking a ride with strangers.

Be wary of vehicles with all-male passengers

All-Male passenger buses or taxis raise a red-flag. Do not board unless you are convinced that it is safe to do so. However, in some cases, women or teenagers have reportedly been part of some one-chance gang.

They reserve seats at the back

They typically reserve seats at the back. This is a strategy to trap potential victims so that they cannot call for help or attract external attention.

They usually outnumber the victims in the vehicle in order to render them helpless. So, if while boarding you observe a suspicious seating arrangement – disembark immediately.

Use government approved motor-parks when traveling a long distance

Long distance travelers should ensure to use government-approved motor-parks. At these parks, the identity of the commercials vehicles are and their drivers are known. Also, personal information of the passengers are documented. The manifest will be useful in tracing missing passengers.

The practice of rushing into buses and taxis is not particularly advised. Rushing into commercial vehicles can make one lose sight of some red-flag signals. It would not give you sufficient time to observe anything suspicious about the vehicle or the occupants. Observe the vehicle you board with carefully.

Asides unmarked buses or taxis, yellow-painted Lagos state commercial buses popularly referred to as “Danfo” are mostly used for one-chance operations. Most victims typically fall for this false appearance. So do not be fooled by the taxi or danfo colour.

Be vigilant, obey your instincts

Do not struggle with them

It is not wise to struggle with them. The One-chance bandits in the vehicle typically outnumber victims. Besides, one or more of them could be armed with a weapon of death. Be co-operative as much as you can. Only put up an offensive when the risk is sure.

I believe in the power of prayers. Before you leave home, say a prayer for protecti

BREAKING:Ruggedman beaten to a pulp by alleged fans of Naira Marley in London. 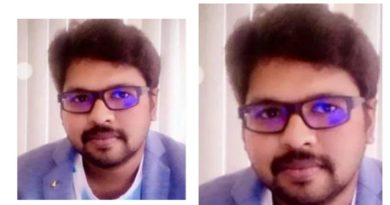 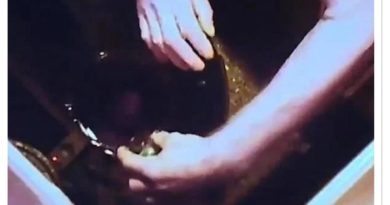 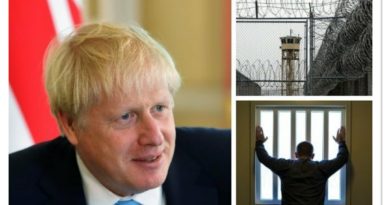 We need to come down hard on criminals, We need to reverse the balance of fear, I want the criminals to be afraid not the public – UK Prime Minister says