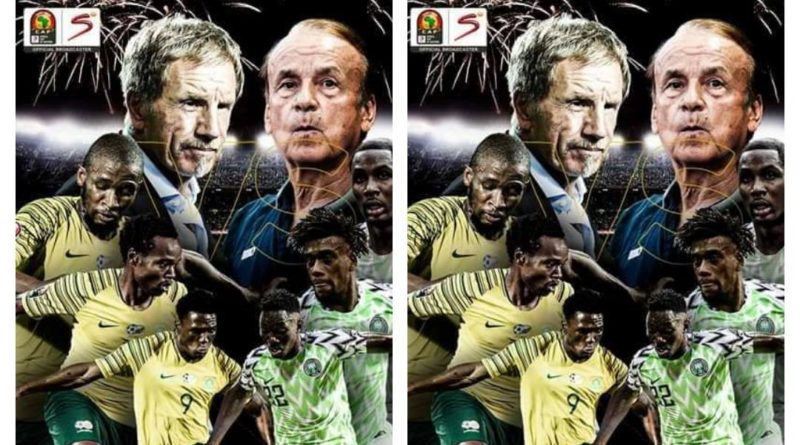 This evening in Cairo Egypt, the Super Eagles will take on Bafana Bafana of South Africa in one of the four quarter final match at the ongoing AFCON.

The Nigerian National team progressed to this stage after defeating the defending champions Cameroon.

The South African team on the other side eliminated the host, Egypt to reach this stage.

No doubt, the match is one of the most publicised match at the AFCON.

This is coming on the heels of a deep rivalry that has come to stay between the two big teams.

Nigeria ,however, has the upper hand going into the match, judging from the number of times they have beaten the South African team.

However, recently, on the way to the AFCON, South Africa defeated Nigeria in Uyo and pulled a draw at home.

The South African team, struggled at the group stage to reach the round of 16 as a best loser, but surprised the world of football by beating the host.

The Super Eagles tasted defeat against minnows- Madagascar who have continue to suprise football lovers with their performance.

This evening at 8pm Nigerian time, who will carry the day, Nigeria or South Africa? 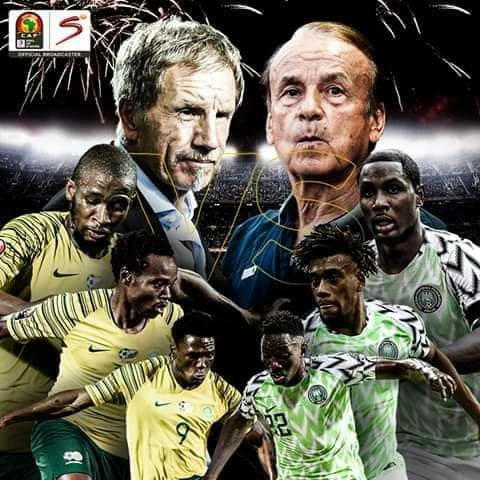 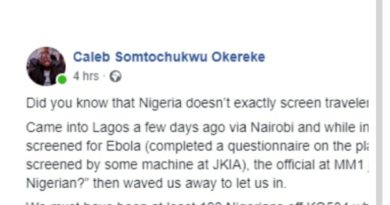 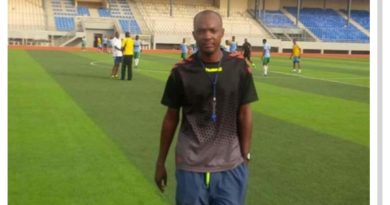 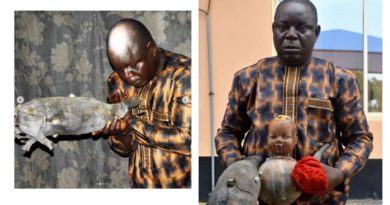