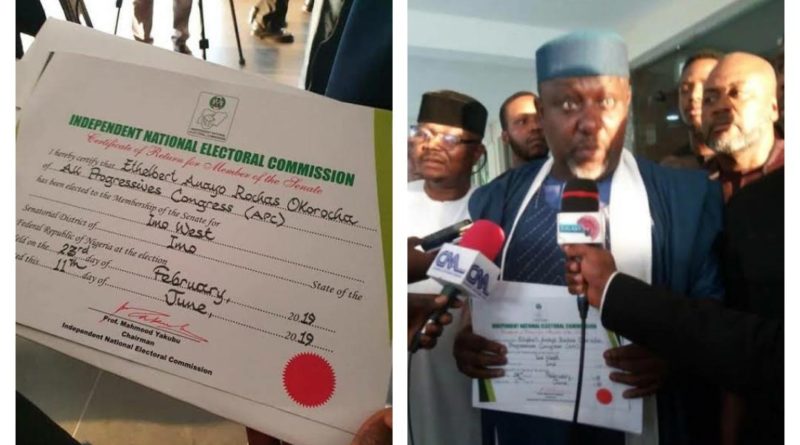 Addressing Journalists on Tuesday, shortly after he collected the Certificate of Return, Rochas said he was informed at exactly 6.14pm that his certificate was ready.

“At exactly 6.14 pm, this (Tuesday) evening, after the inauguration of the 9th National Assembly, I was invited that my certificate is ready and I have just gone to collect it. I take it to be God’s time. I have always believed that justice delayed is justice denied, but all for the sake of our nation, I accepted it”, he stated. 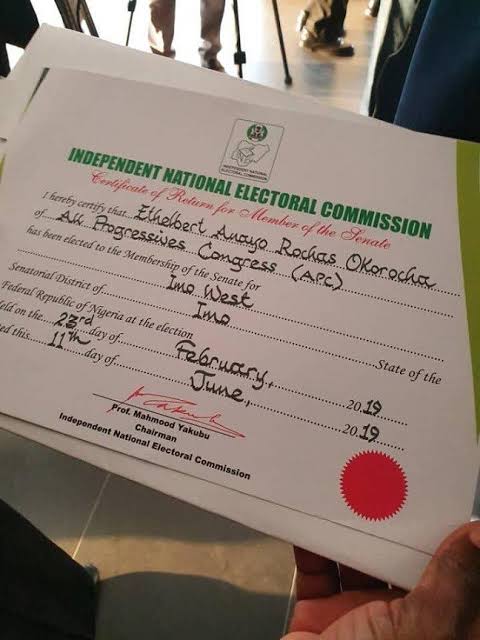 Thanking the Judiciary for being the last hope of people who feel oppressed, Rochas said:

“I also want to thank INEC for taking this bold step against all odds by issuing my Certificate of Return, which goes a long way to confirm that the allegation of duress is not founded by delay tactics by my detractors to have slowed down the process. I believe this is God’s time and I take it as God’s time. I am happy that finally the matter is resolved.”

When asked how he feels for not participating in the voting that produced the leadership of the 9th National Assembly and it’s inauguration, he said,

“I missed because I don’t have a certificate. Now that I have the certificate I have the opportunity to join my colleagues to see how to move Nigeria forward.”

Recall ,we reported that Rochas Okorocha was denied Certificate of Return by INEC becuase the Imo State returning officer alleged that he was kidnapped and forced to declare Okorocha winner.

A High Court in Abuja , however on Friday instructed INEC to issue Okorocha certificate of Return as the winner of the Imo West Senatorial Election.

This is after a High Court in Owerri on May 22, ordered INEC not to issue Certifcate of Return to any of the candadiates who contested the election.

How Police almost pinned a murder on my Driver .

A 40- year- old man raped and disvirgined her an 13year old girl. 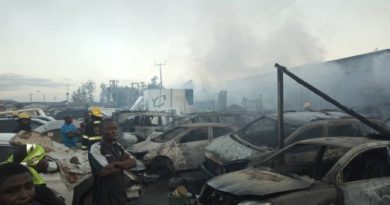 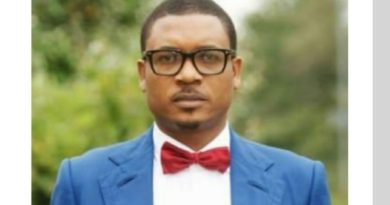 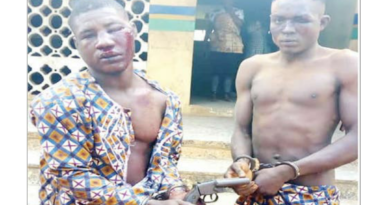 One thought on “BREAKING: INEC Issues Rochas Certificate Of Return.”