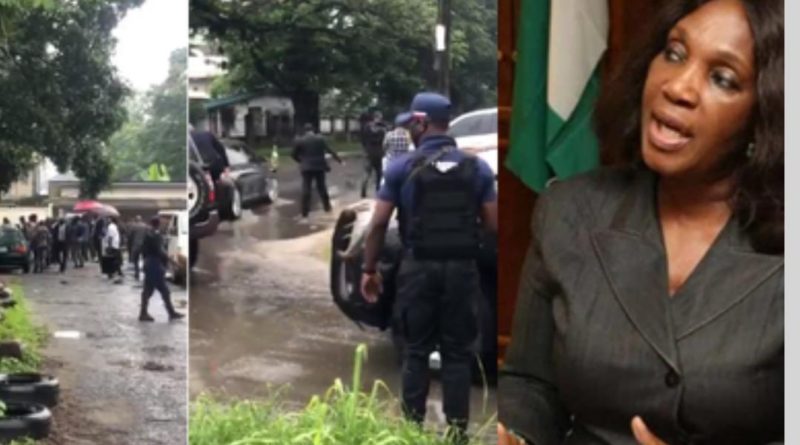 The immediate past managing director of the Niger Delta Development Commission, Joi Nunieh, has thanked Governor Wike for rescuing her from heavily armed police officers who invaded her house on Thursday morning to arrest her without a warrant of arrest .

Nunieh, who spoke at the Government House in Port Harcourt on Thursday, said the policemen tried breaking the security door to her residence before the governor came in and ordered them out of her premises.

The former NDDC MD explained that she had earlier called the governor to inform him about the invasion of her residence by policemen, adding that Wike came to her rescue at the point the policemen were still trying to pull down the security door leading to her room.

“Before, I asked them of their warrant of arrest and they said they didn’t have any. I then said I cannot go with any of the policemen. I need to see the warrant of arrest. We are not in a banana republic.

“So, my governor came and sent them out; and said why would they come to arrest a woman like an armed robber? My governor told them that they should leave the compound. I am safely here with my governor in Government House, Port Harcourt.

“I really want to thank the Governor. I really don’t know what to say but my Governor is a man. He is a man. He didn’t just say it that nothing should happen to me, he came to my rescue. I want to say thank you to my Governor.”

She added that she was preparing to go to Abuja to give her submission to the House of Reps Committee before the police raided her house.

Akpabio and Nunieh have been embroiled in a war of words over allegations of corruption in the NDDC.

The former MD of NDDC accused Akpabio of sexual harassment, budget padding, fraud, among others, which the Minister has denied. 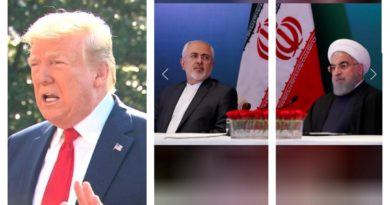 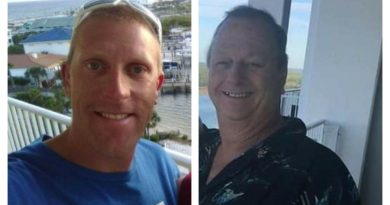 PICTURED: Florida man, 61, who shot dead his son-in-law after the 37-year-old flew from Norway to Florida and jumped out of the bushes to surprise him on his birthday