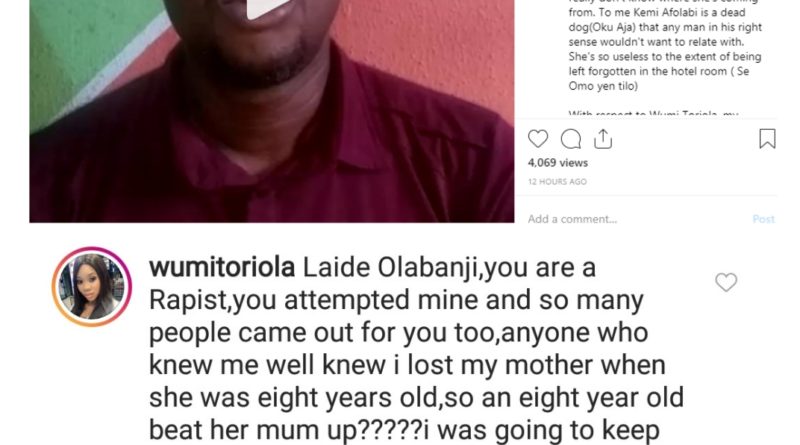 The movie director,Laide Olabanji has taken to his social media profile to react to the rape allegation levelled against him by some of his colleagues in the Nollywood industry.

He lambasted actress Kemi Afolabi and said she is a “dead dog” no man in his right sense would like to be with .

He advised Wumi Toriola to apologise to her mom for being cruel to her .

He wrote as he shared a video :

@kemiafolabiadesipeMy name Olaide Olabanji. It’s being over 30 years that I have being in this film industry, no scandal has ever been attached to my good name and that will never happen

On Kemi Afolabi issue with respect to rape attempt allegation. I will like to put the record straight that I haven’t seen Kemi for the past 17 years, so I really don’t know where she’s coming from.

To me Kemi Afolabi is a dead dog(Oku Aja) that any man in his right sense wouldn’t want to relate with. She’s so useless to the extent of being left forgotten in the hotel room ( Se Omo yen tilo)

With respect to Wumi Toriola, my advice for you is that you should find time to go and tender an unreserved apologies to your biological Mother for inhuman treatment melted on her. For if u refused to apologize to your Mum and stop taking hard drugs, the consequence of your action is great. That’s my advice for you.

Wumi Toriola while reacting to Laide’s claims, said her mother died when she was 8 years old, adding that some people are trying to silence her.

Mr Laide olabanji has the guts to do a video not even showing remorse ????????rather telling us how long he joined the industry,The law is no respecter of person,i choose to keep quiet not until your pot called kettle black,you still did a video saying i should beg my mum i beat ,the mother i lost when i was eight years old???????????And some people are trying to bully me into silence because he is FETISH?????????my heart bleeds for Some Nigerian youths. 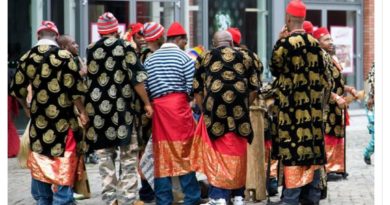 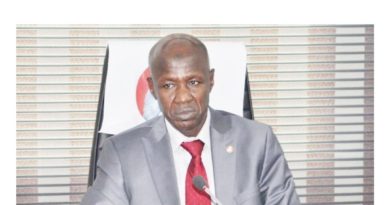