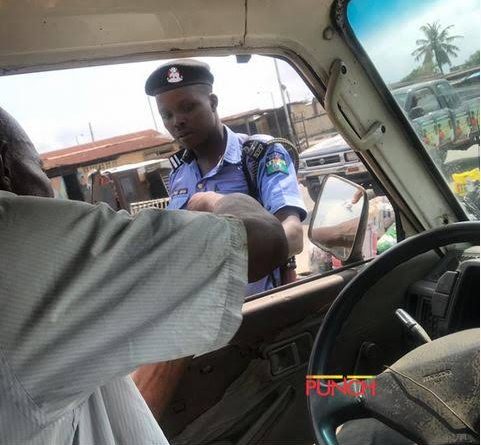 A police officer in Lagos State has been caught on camera extorting N40,000 from a motorist.

The unidentified victim was said to have been ‘arrested’ and his car confiscated on Friday along Ago Palace Road, Okota, apparently for violating the Lagos State government stay-at-home order to halt the spread of the novel coronavirus. He was forced to pay some money before he could get back in his car.

Lagos, Nigeria’s commercial hub, has been on a lockdown because of the pandemic.

The video of the incident was posted, Saturday, on Twitter by Ruggedman (@RuggedyBaba), a Nigerian actor and rapper.

The officer, Taloju Martins is seen in the video collecting wads of naira notes in N1,000 denomination, and counting them to confirm how much the money was.

The officer, Mr Martins, is said to be the station officer of the Ago police station.

According to the Twitter post, the victim said he was on his way to buy some foodstuff and petrol when he was caught on the road by some police officers.

“One of the policemen drove my car to Ago Police station, Okota,” the victim was quoted in the Twitter post as saying.

“I live at Ago too. When we got there I met so many others, we were told to meet the s/o he delayed us from 9 a.m. to 5 p.m. and when people became tired and frustrated, people started going in to meet him one by one, and the least he collect from each of them was 50k.”

The victim said the officer agreed to collect N40,000 from him after much pleading.

“I went to the bank and withdrew 40k and gave him, then he released my key for me. Unknown to him I recorded him,” the man said.

There have been reports of police extortion in the wake of the lockdown in states across Nigeria because of the coronavirus.

The inspector general of police, Mohammed Abubakar, has warned police officers nationwide to desist from unprofessional conducts, including violation of citizens’ rights, while enforcing the lockdown.

Drama As Armed Robbers Followed A Pastor To The Police Station.(video). 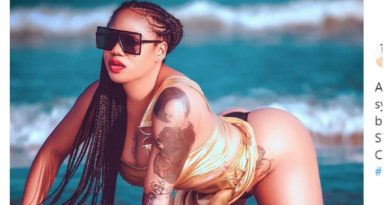 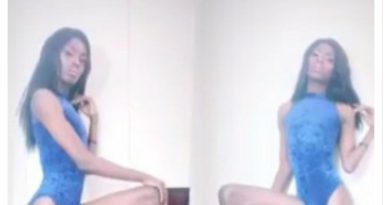