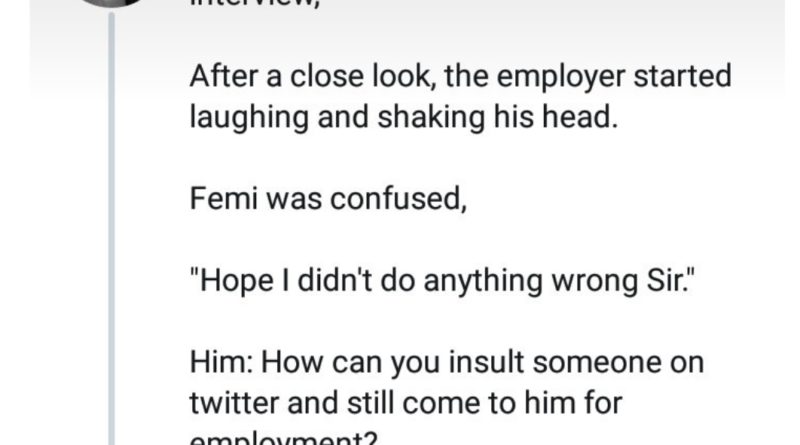 A Twitter user,@chikanels, has narrated a story about one man who insulted a Twitter user, only for him to discover later when he went for interview that his employer-to-be is the Twitter user he once insulted on Twitter.

Femi walked into the office for his job interview,

After a close look, the employer started laughing and shaking his head.

“Hope I didn’t do anything wrong Sir.”

Him: How can you insult someone on twitter and still come to him for employment?
?????? 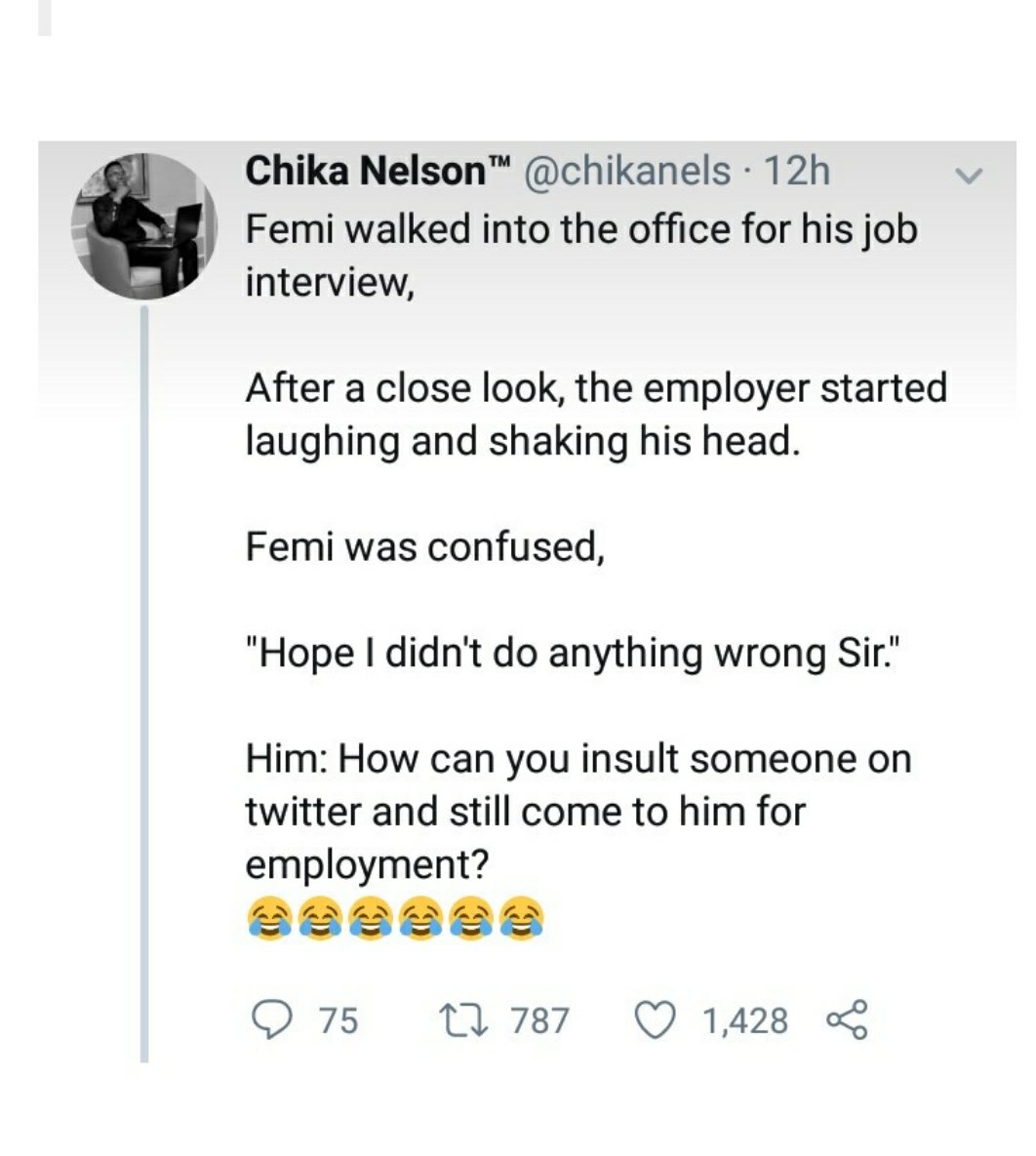 So my people, it’s not “JUST TWITTER”, people you troll here actually exist,

They are actually humans,

Use Social Media for better things like building quality connections and making money,

If you need help with the latter, you can send a DM. 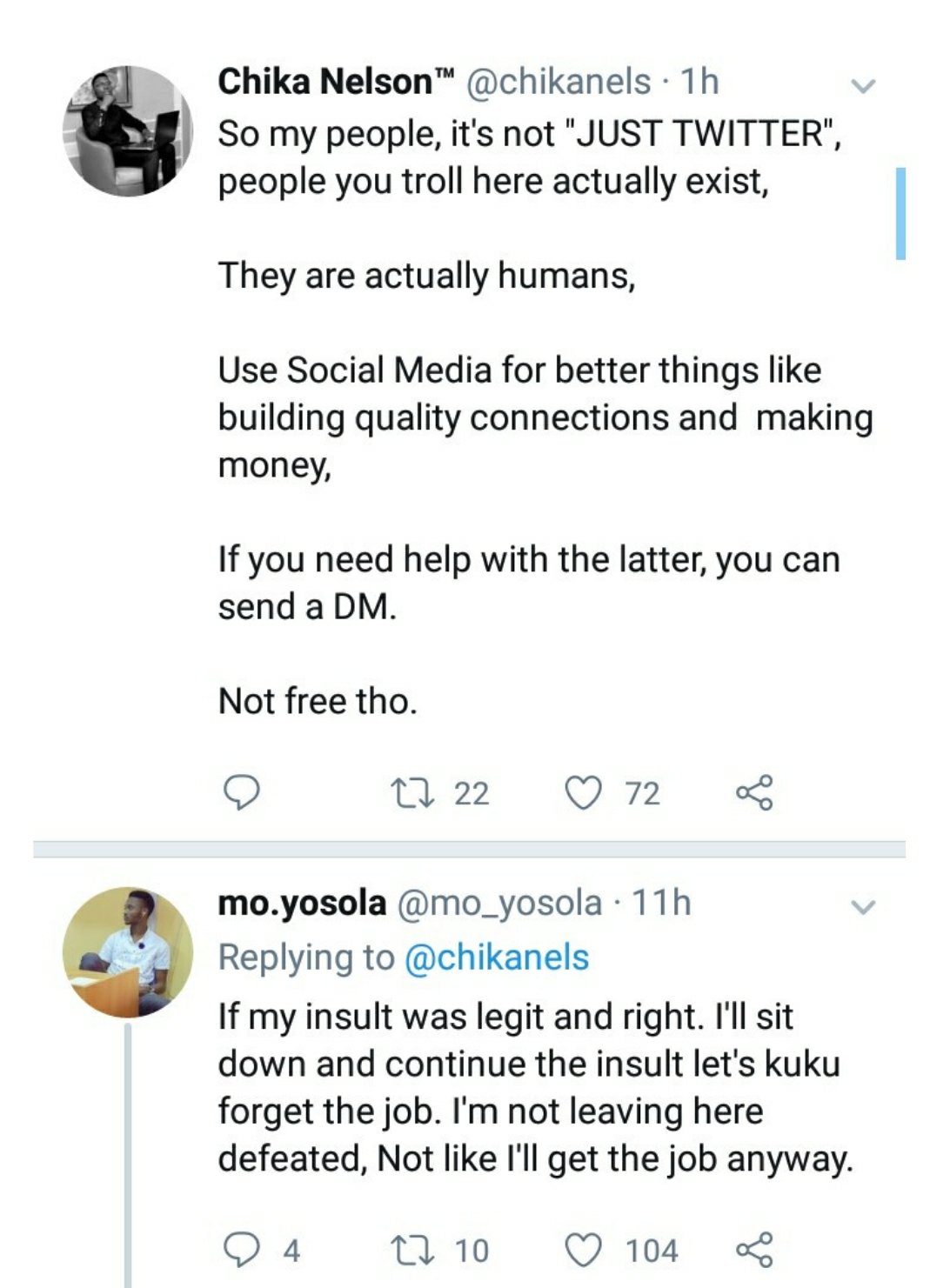 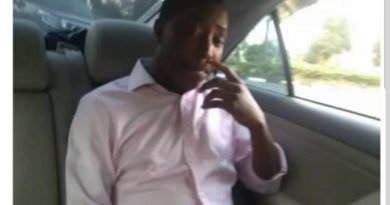 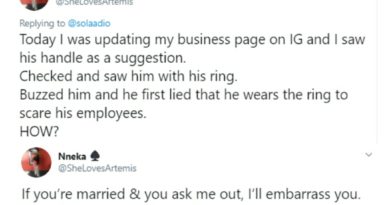 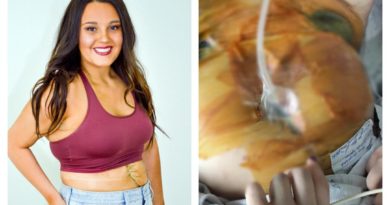