A Nigerian man has taken to the page of a popular relationship blogger, Joro, on Instagram to share his disappointment after he mistakenly transfered N250,000 to his girlfriend instead of the initial N25,000 he intended to send to her.

The distressed man said the lady stopped picking up his call after she got the money. He said he saw pictures of his girlfriend having fun and spending the money.

He has gone further to say he will invite security operatives into the matter.

Below is a screenshot of his experience; 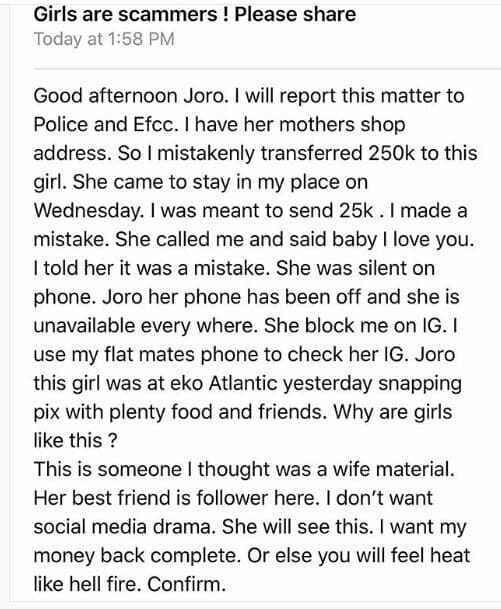 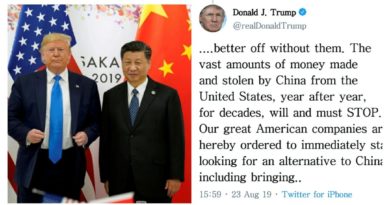 We don’t need China and, frankly, would be far better off without them – Trump orders U.S. firms out of China after Beijing sets new tariffs 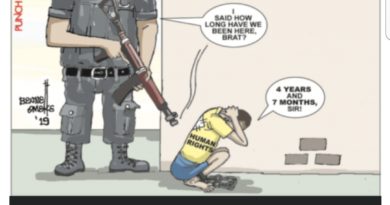 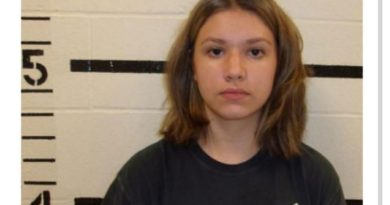