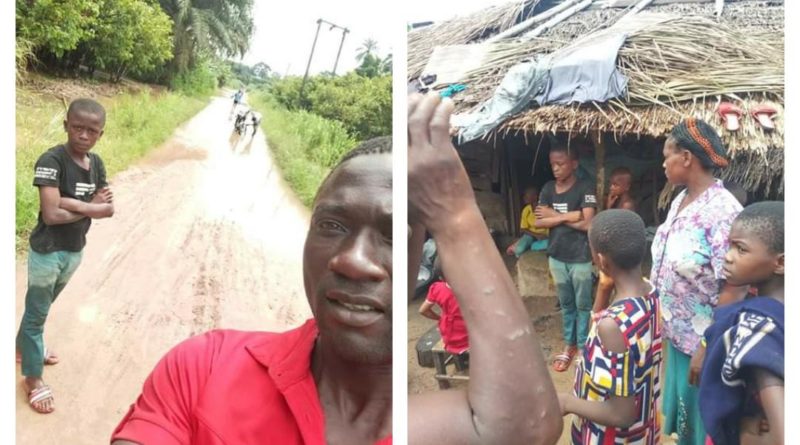 The 14-year-old boy was found by a good Samaritan, ikechukwu Osuji, along the express way trekking to Abia State his hometown, from Imo State.

According to Ikechukwu Osuji, the young boy fled his ‘abusive’ madam’s house.

On my way from IMO to abia this morning I met a boy trekking on a lonely highway, I was moved that he needs help: I pulled over and called him, he narrated a painful story.

He said he was 14years old and was trekking from IMO to bend local government in umuahia abia state. A journey over 30 killometers according to my findings he ran away from a woman he was serving as a maid.

He said the woman use to maltreat him to the extend he flogs him on the rip often. He has sleeped outside for three days. And this is the third time such thing is happening to him and made up his mind to trek home.

I took him and changed my direction to bende local government to the extent we got to a bad road I packed and pick a bike to over three extra kilometer which I paid 700 to motorbike and on the way got to a river that only leg can cross we walked/swim and crossed to his poor home.

The kids in the village and parents was happy that he was home.the parents said the madam called three days ago that he was missing. I m happy to help him home.

Please let’s help others as we wish to be helped, kids are stubborn but which ever way control them with love or take them home if you don’t want them to serve you again.

What of if he died in the forest? What if he landed in the hands of evil men.

Please what so ever you wish that men should do to you, do also to them.

I love you all

Drama As Armed Robbers Followed A Pastor To The Police Station.(video) 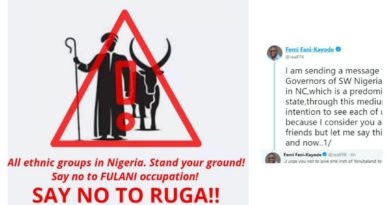 ‘Don’t give one inch of Yorubaland to Fulani herdsman,you will regret it’, FFK to South West Governors 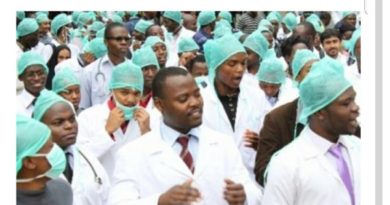 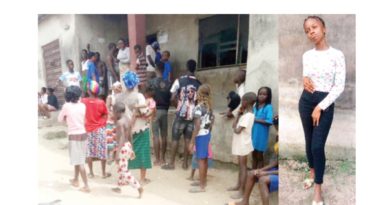 Neighbours accuse parents of teenage girl who died, of beating her to death because she had a baby for a Yoruba Muslim boy