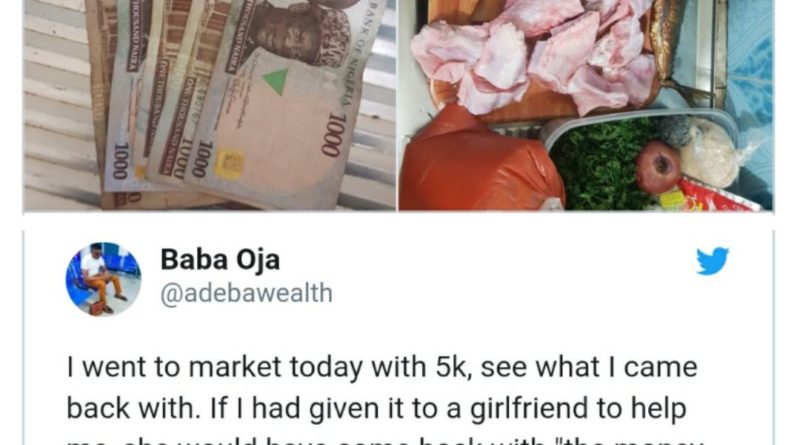 A Nigerian man has advised his fellow men to always go to the market by themselves and not to send their women, according to him, the women are making money from them.

The man with Twitter handle, @ adebaweath, revealed on Twitter items he bought with 5k and stated that if it were to be some ladies, they would have come back screaming that the money wasn’t enough for the items .

He shared the pictures of the items he bought and wrote

I went to market today with 5k, see what I came back with. If I had given it to a girlfriend to help me, she would have come back with “the money you gave me wasn’t enough o, I had to add mine” lmao kings go to market yourself. These girls are removing data money from your money 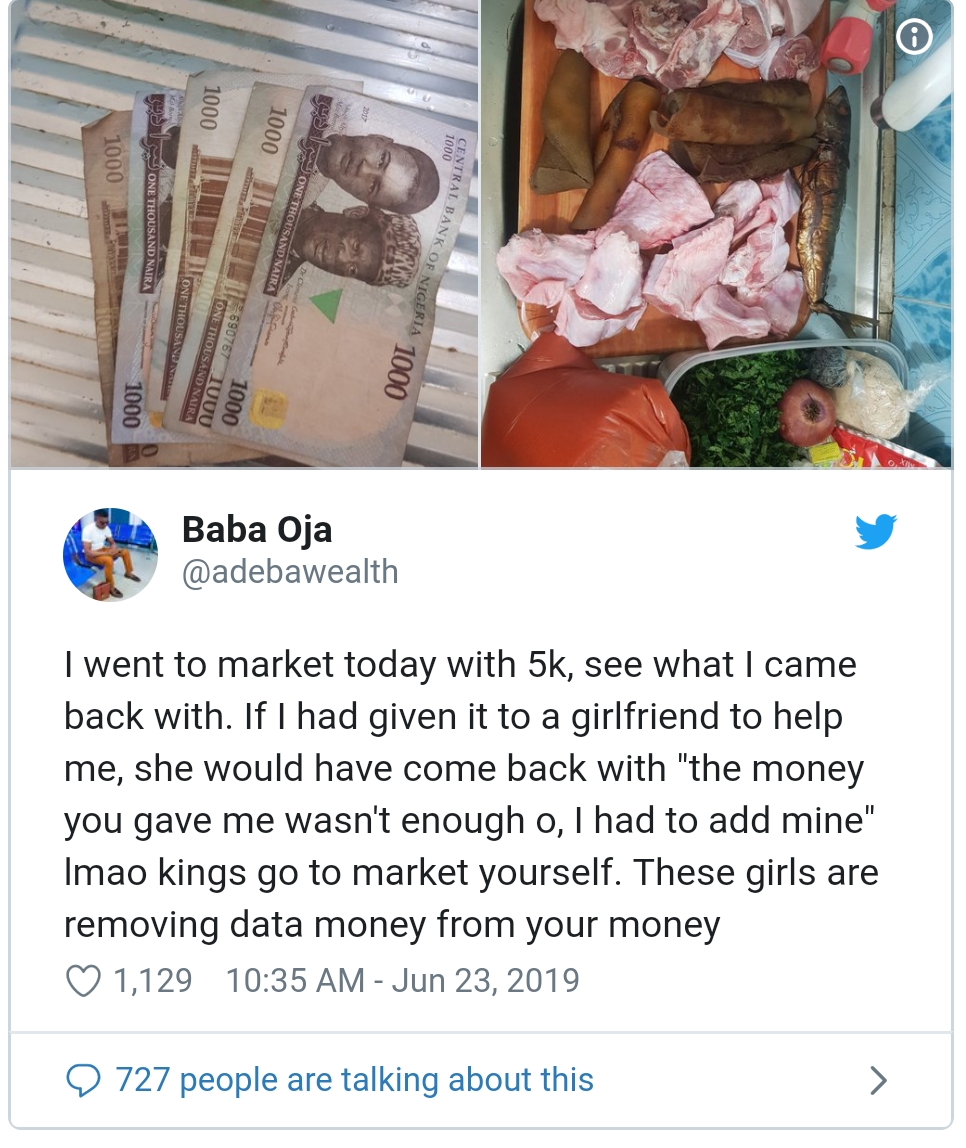 When some Twitter users doubted the authenticity of his claims ,he shared a breakdown of how he spent the money. 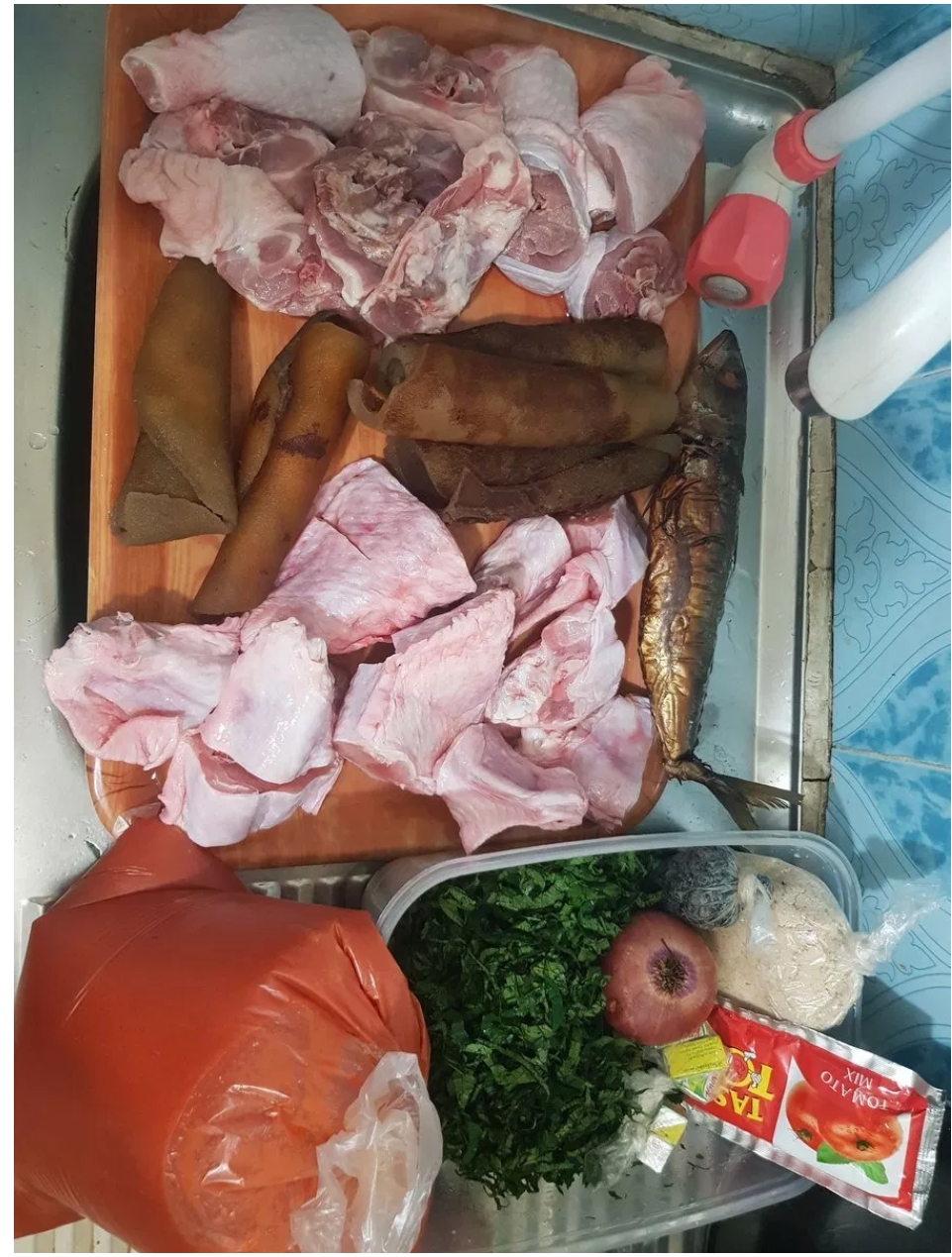 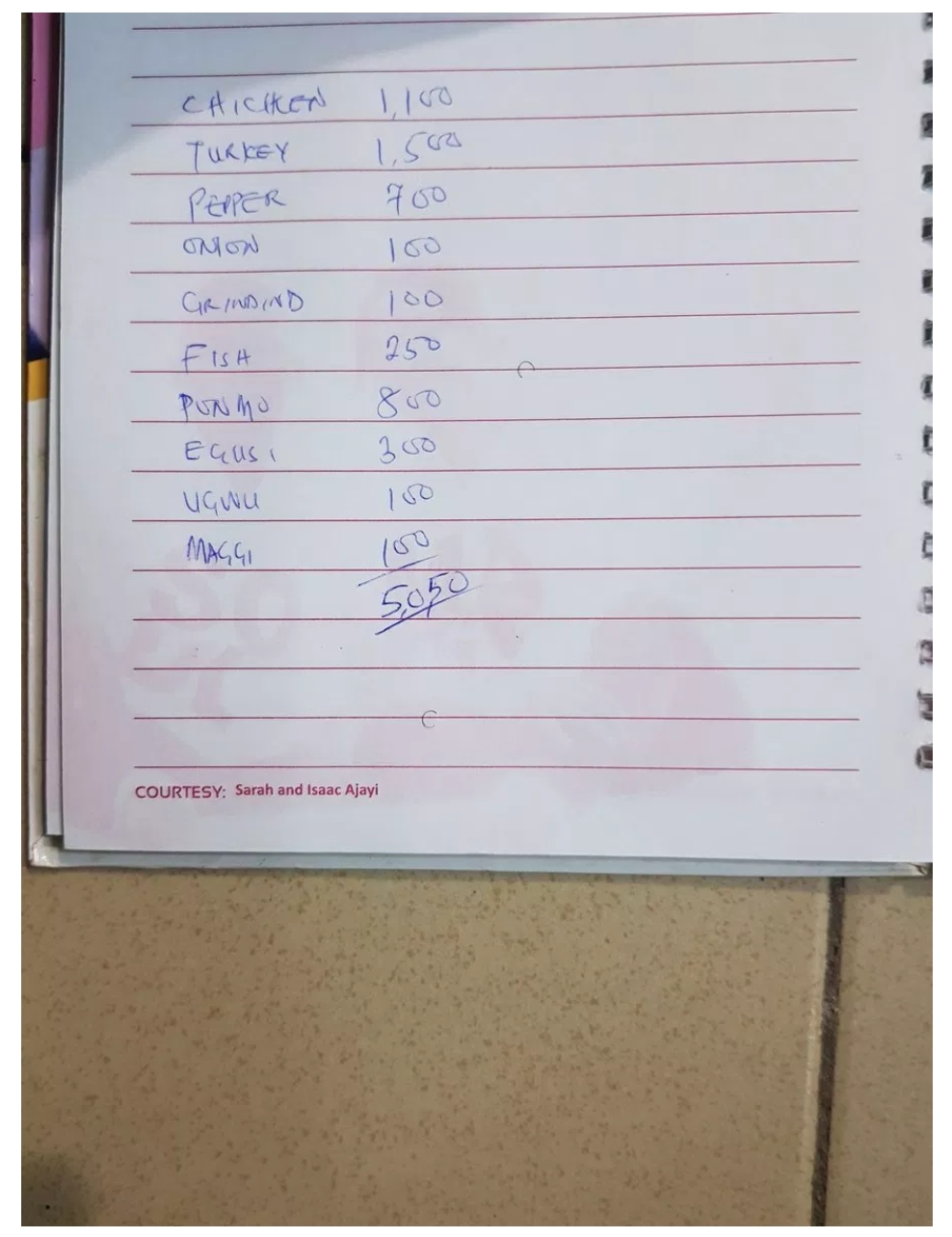 Read also: A pretty Twitter lady celebrates 40years of being single and searching

“Contentment is the key”- Billionaire Otedola replies a fan on Twitter 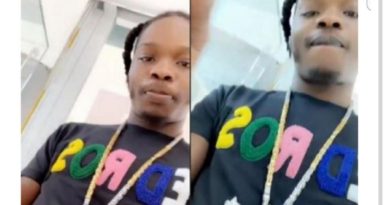 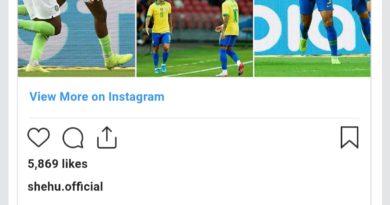 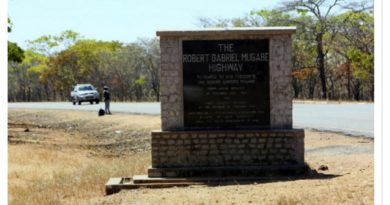 Security tight as Zimbabwe’s Mugabe gets a private burial