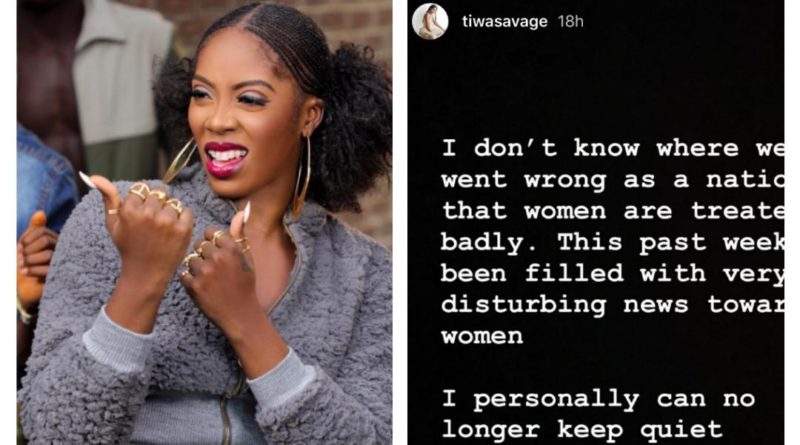 The Nigerian singer and song writer, Tiwatope Savage popularly known as Tiwa Savage has taken to her Instagram page to lament about the challenges Nigeria women face across the country

In the past few days women have been the major topic on various social media platforms with some women taking to their various profiles to either narrate how they were raped sometime in the past or abused physically .

First was the story of Busola Dakolo who was allegedly raped at a young age by a popular Nigerian pastor, Biodun Fatoyinbo. The story sparked outrage on social media with many people calling for his resignation.

Just a few days after Busola’ s news broke out, video of Senator Elisha Abbo assaulting a nursing mother surfaced online causing another round of outrage from Nigerians .

Tiwa reacting to these issues said she is embarrassed to be a Nigerian woman .

The singer further said she will do everything in her power to raise her son well. 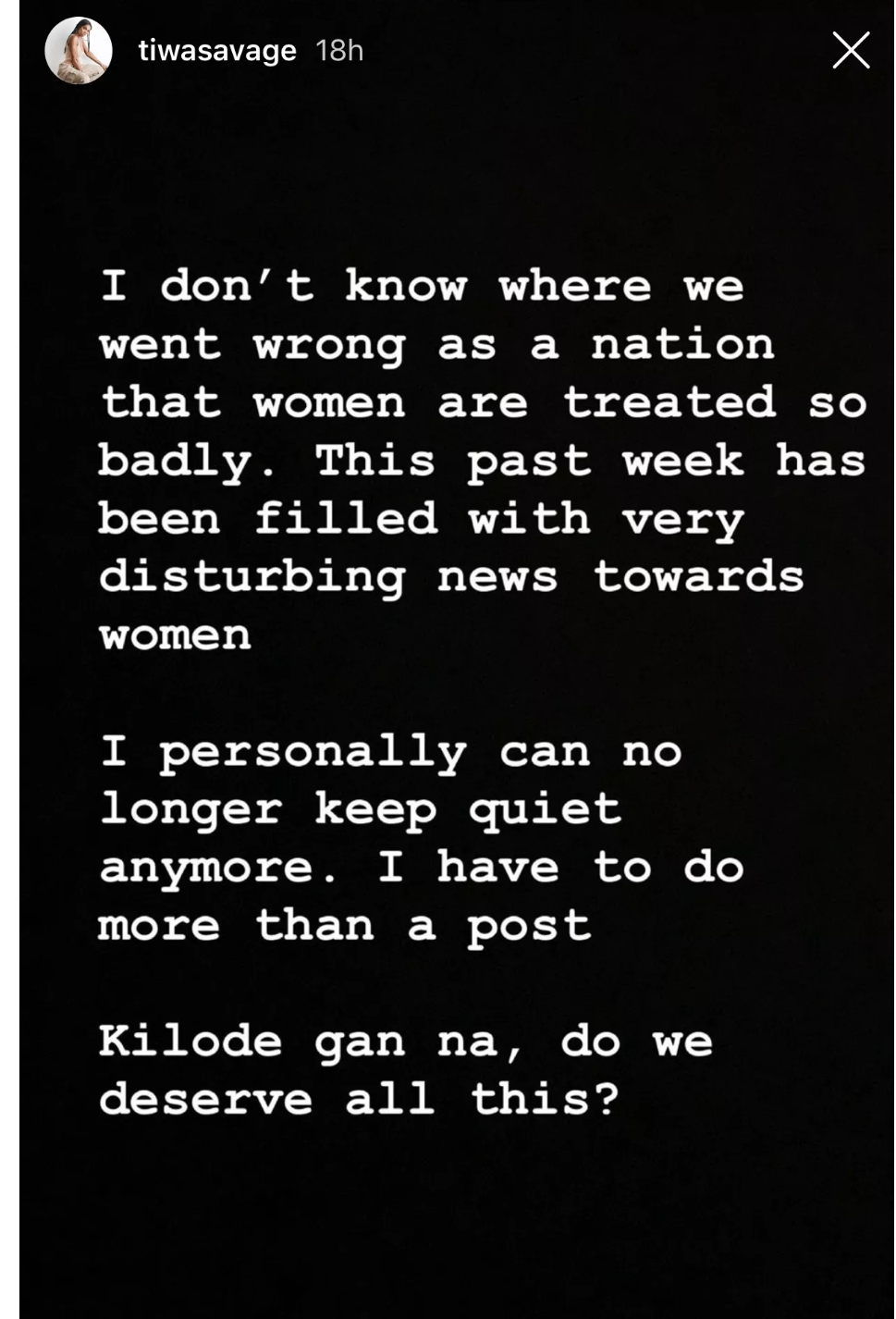 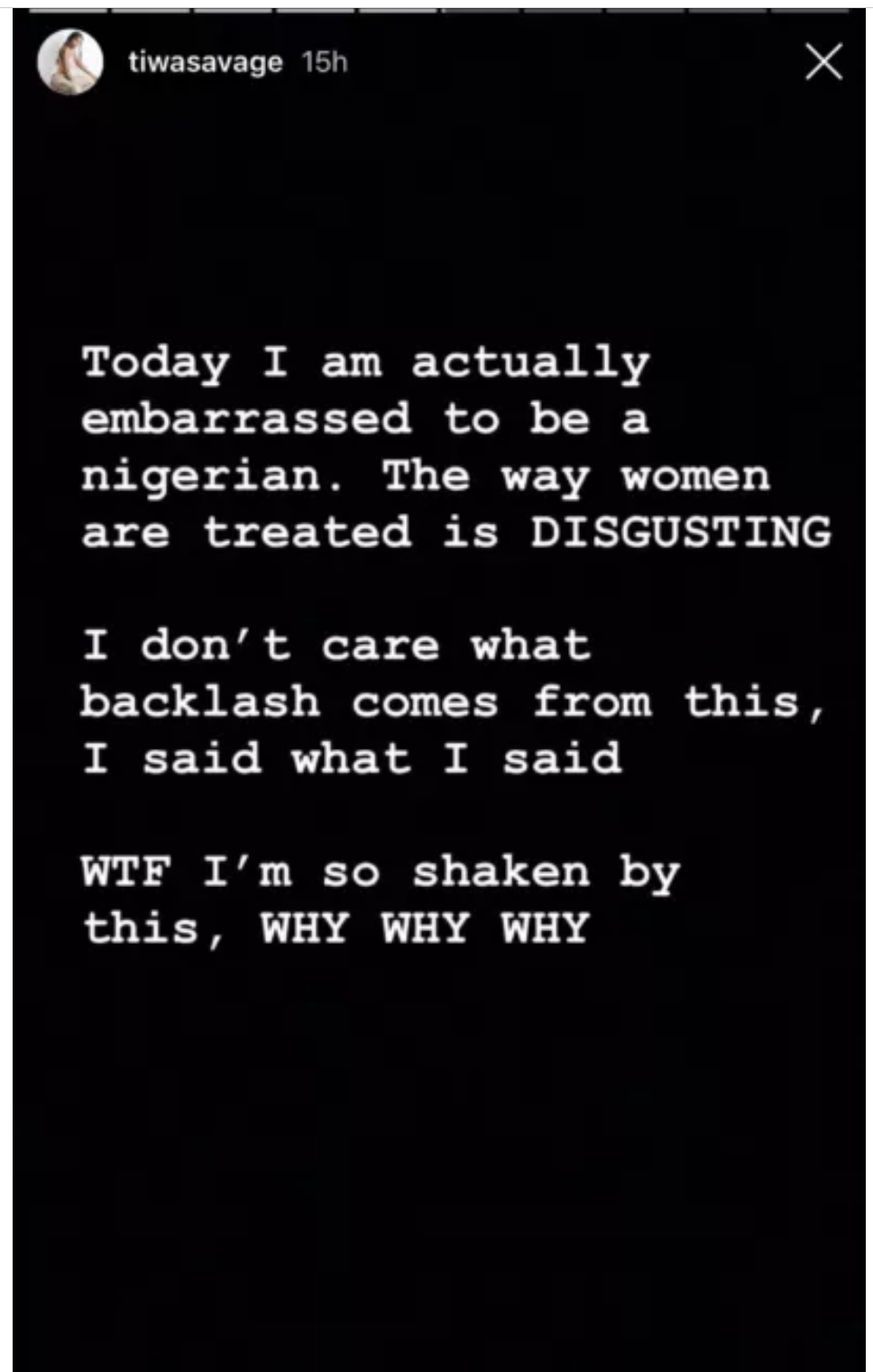 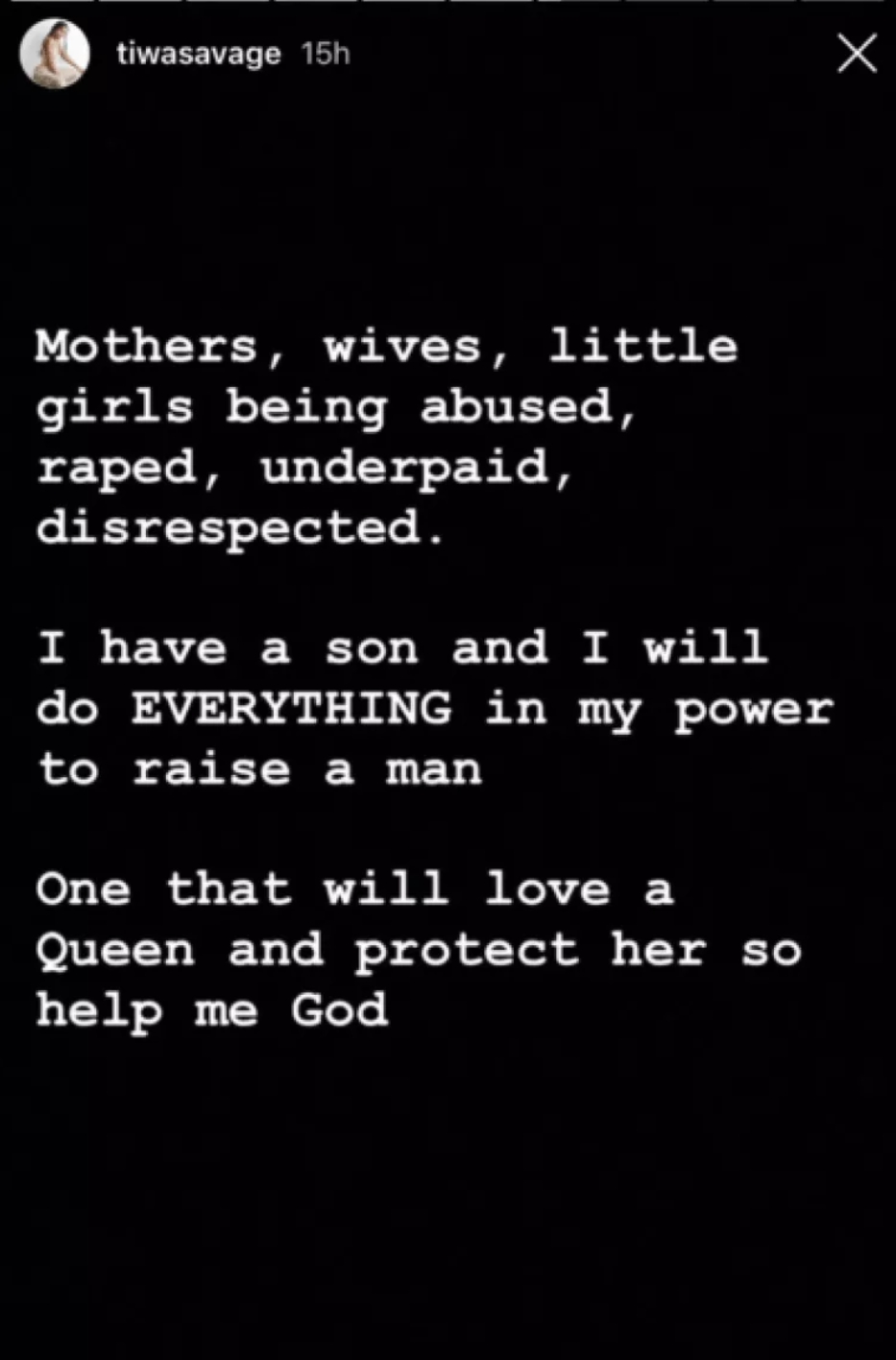 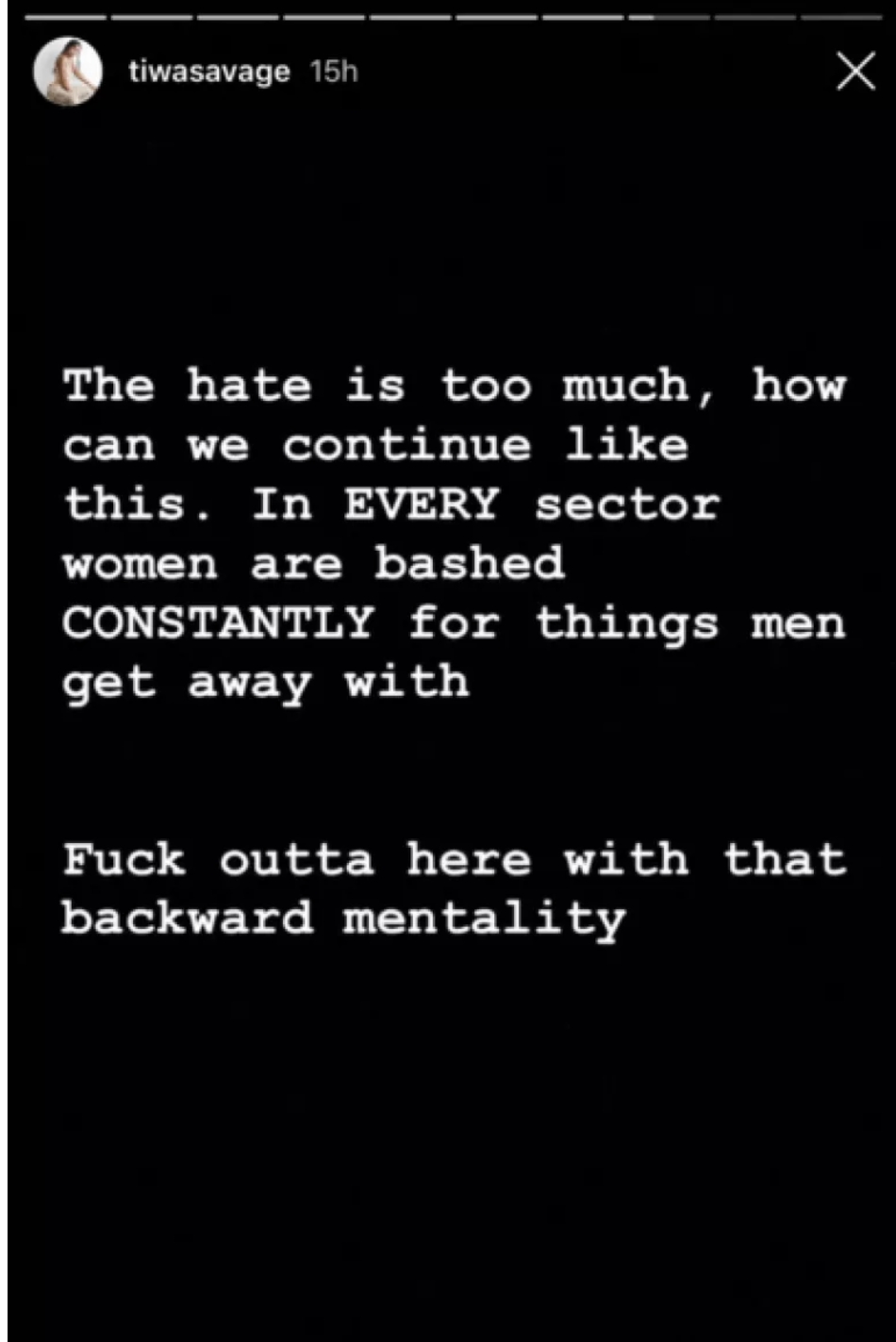 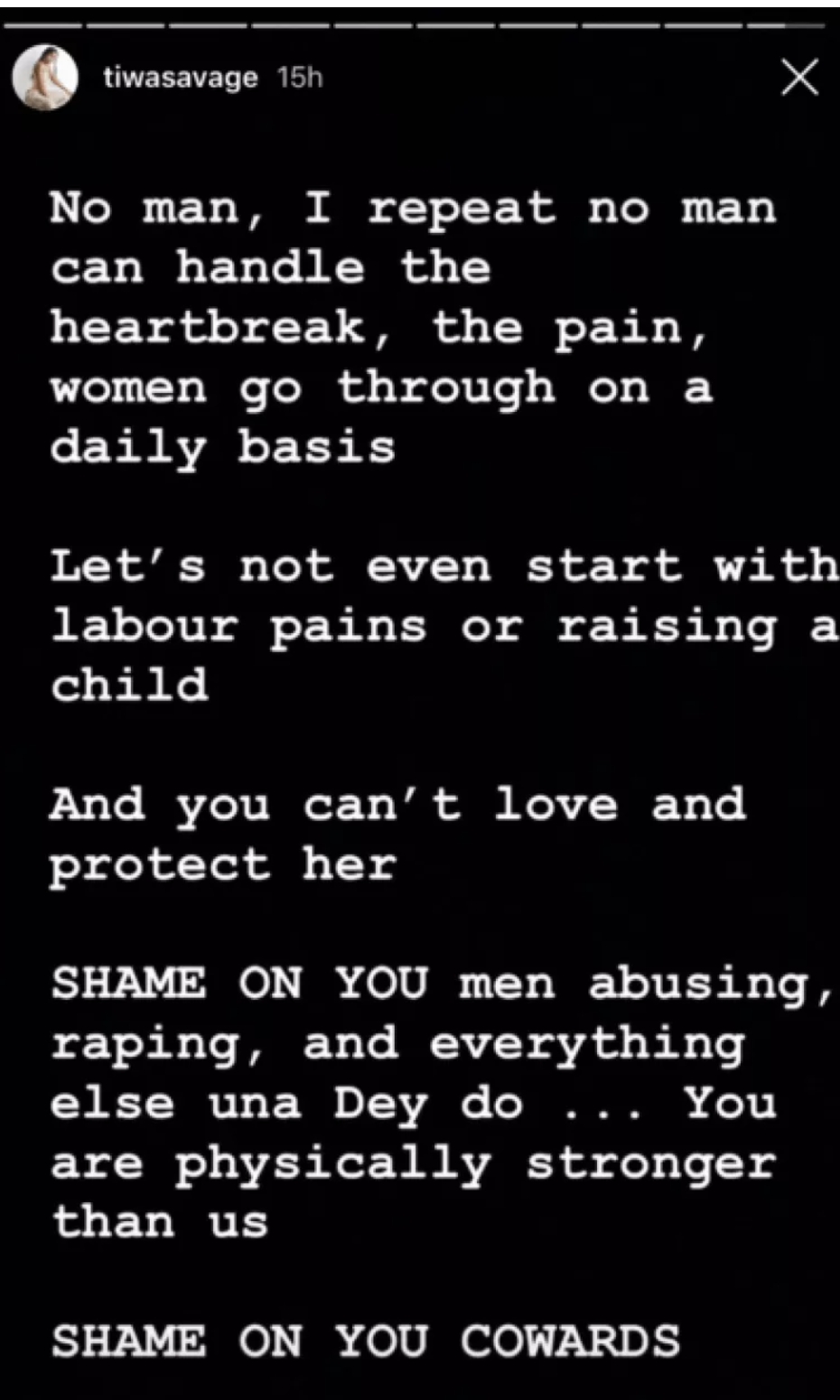 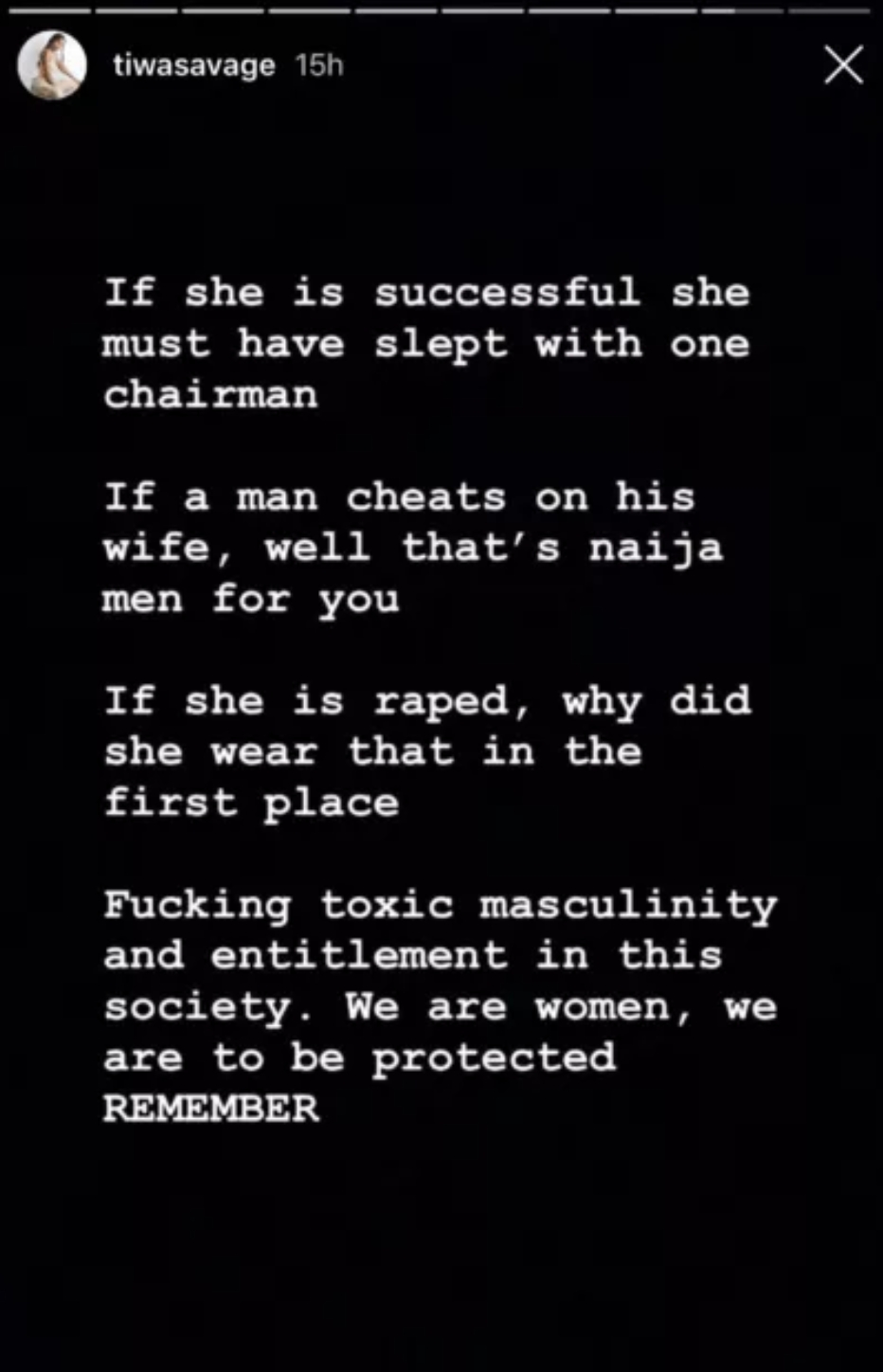 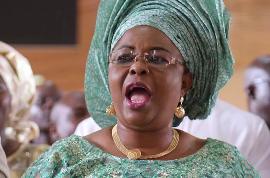 ” The money was given to me by the governors. I didn’t steal any money ” …Patience Jonathan . 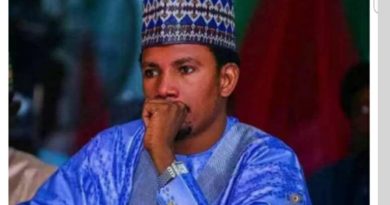 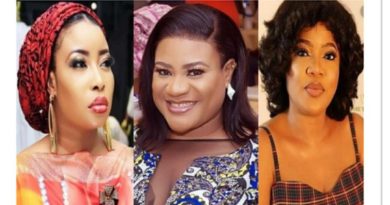 Liz Anjorin: ”You think I roll with rich pigs from the slum”- Nkechi Blessing Sunday denies report she is snitching on her bestie, Toyin Abraham