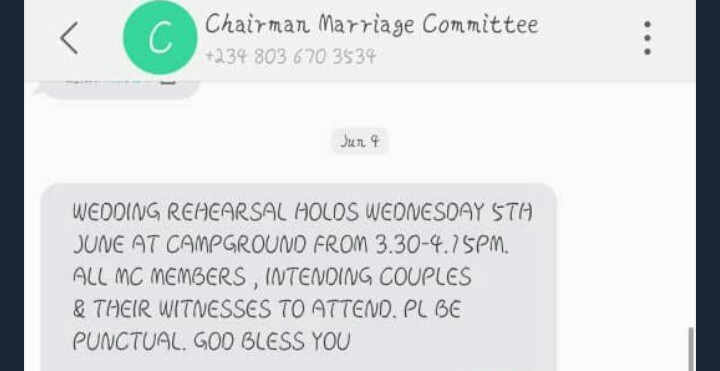 A Twitter user, Oladele Dada, has taken to his page to narrate the story of how a couple’s white wedding was cancelled by the state General overseer of deeper life Church in Bayelsa state.

The Twitter user said the reason for the cancelation of the wedding was because the couple ate from the same plate a week before their slated wedding date and it was said to be against the Church’s rules for intending couples.

The Twitter User pleaded with the General overseer of Deeper life Bible church, pastor Kumuyi, to review the case and intervene.

Below is a screenshot of his narration; 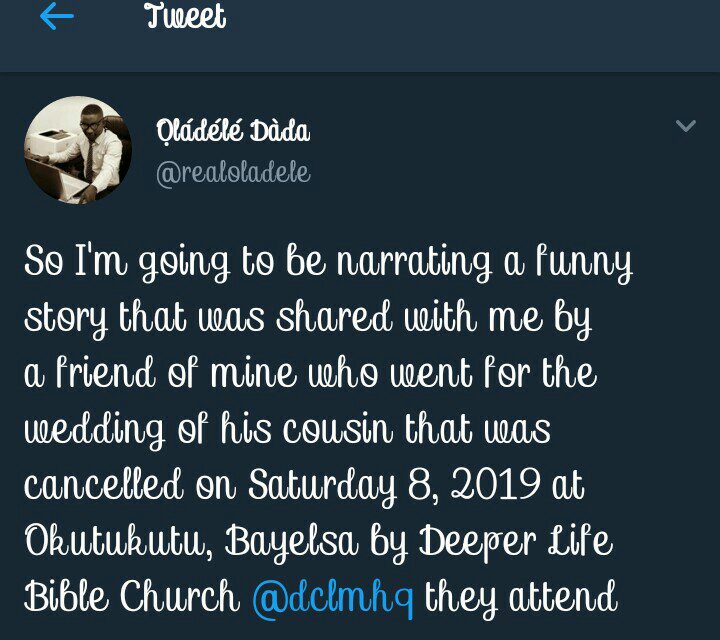 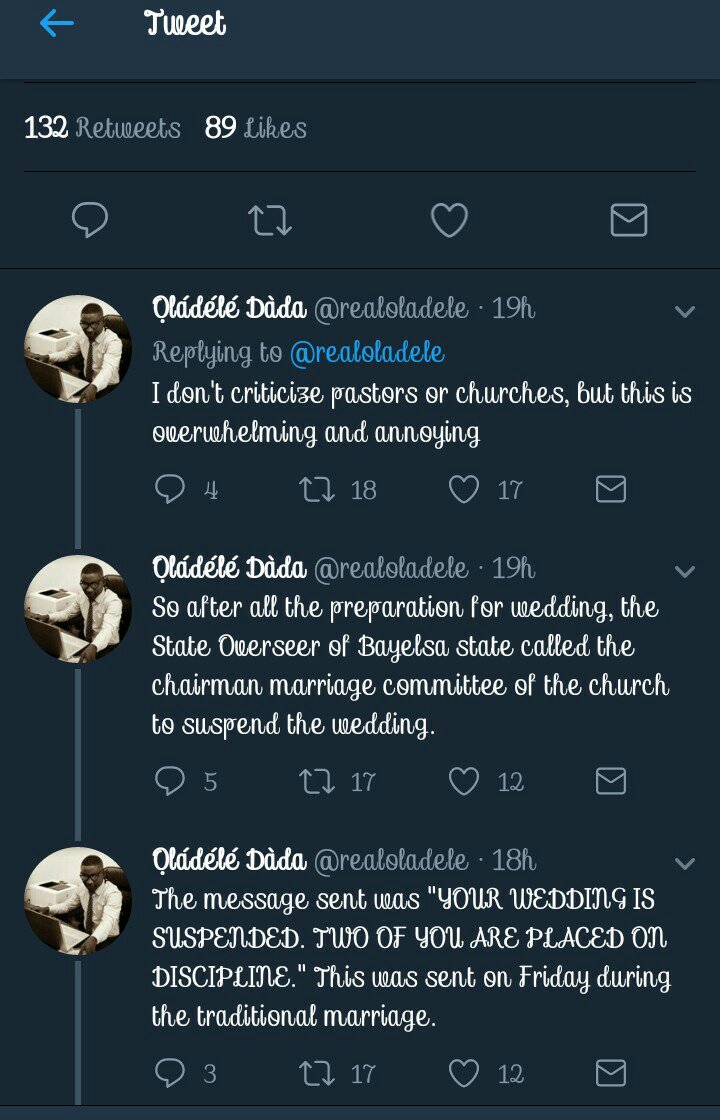 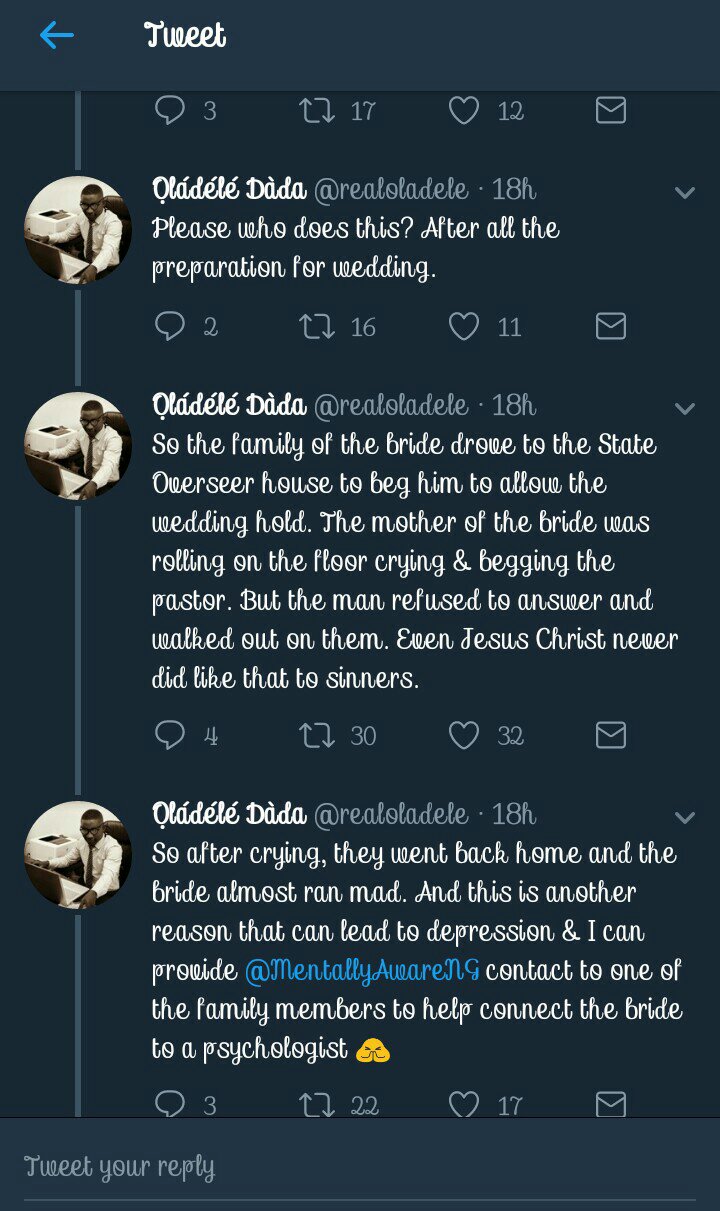 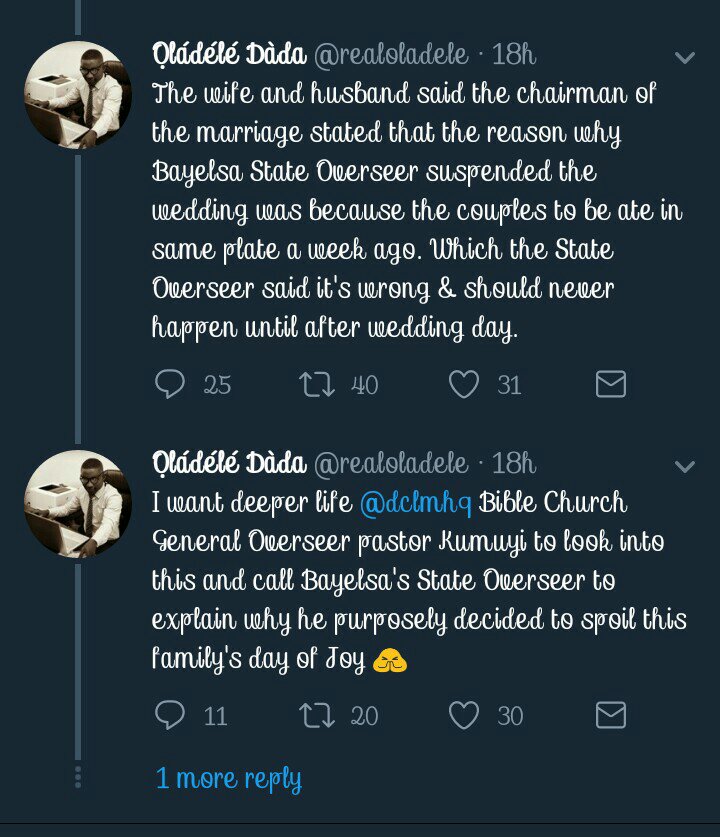 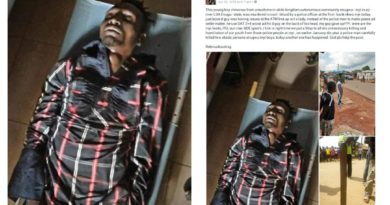 Not again! Police officer murders a young man in cold blood over argument with a lady

“Ladies stop seducing pastors.They are humans” – Nigerian lady defends pastors,says women are partly the cause of immorality in the society