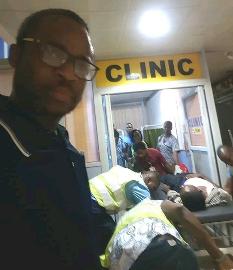 A Nigerian doctor known as dr James king , took to his Facebook profile to narrate how he saved a man’s life inside an aircraft flying from kano to lagos . 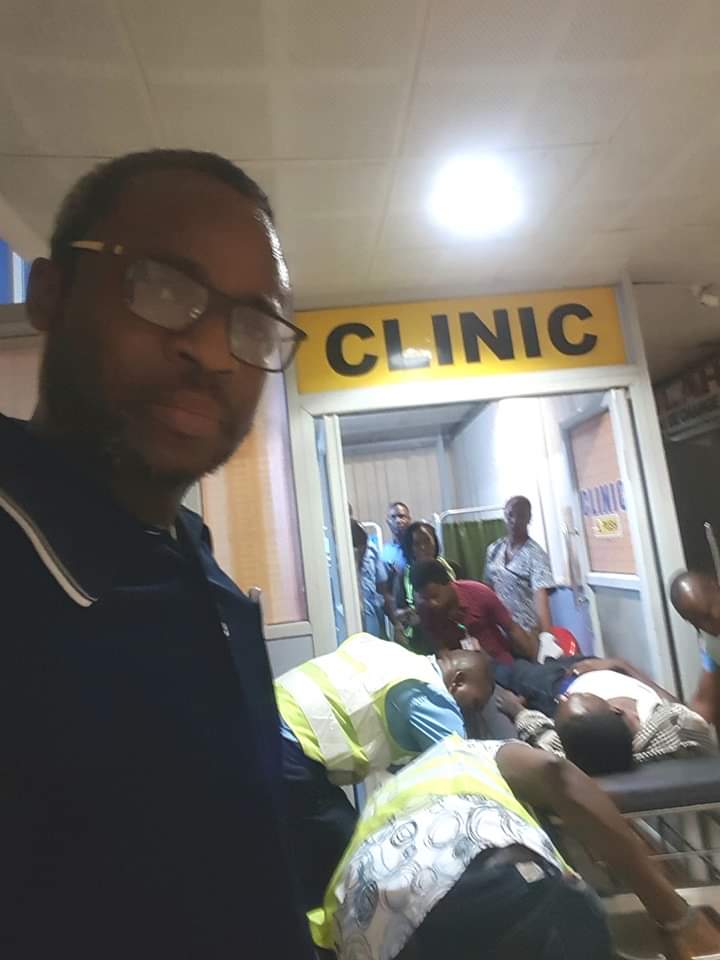 “Its getting clearer now, …why I was born.

I just saved a life who would have possibly died midair in the aircraft I was a passenger in.

A passenger on seat to my far left on the other side of the aisle.

The Indian man sitting besides him screamed and called the attention of the air officials.

The Indian said it seems the man passed out.

We were still several thousands of miles above sea level.

Far from Lagos our destination.

As it is with my nature, I was listening to some music with my earpiece on board this flight. I was rocking myself head forward and backward, my hands slightly moving up to the powerful music of SHOW US MERCY by Will Adiks.

The movements to the unconscious passenger got my attention.

I removed my earpiece.

In 5 powerful long strides I got to the dying patient.

To the Air Hostesses, “I am Dr James King. I want to take over. He is deteriorating fast.”

And she gave me way.

I quickly checked his pulse around his radial artery. It was small volume, irregularly irregular rhythm.

I shouted, “Any doctor, nurse or paramedic here?”

All the other passengers on board were staring at me with a forlorn look.

As if there was an impending danger to all of them.

I turned to the immaculately dressed 3 Air Hostess around me. “We can save this life together. His life depends on us now.”

I turned to one of the hostesses, “Can you please get us all the medical boxes and kits in this aircraft”

She responded, “Ok sir” and walked fast away.

I asked two other male passengers to help me lift the dying man from his seat to the aisle between the airfraft seats, …so I can have more space to start my intervention on him.

We placed him on the ground.

I immediate positioned him supine and also freed his respiratory airways by tilting his head backwards a bit.

I again asked, “please can I have any cloth or anything to support his neck.”

The air hostesses removed their top suits and handed them to me.

I folded two of them and placed them under the neck the of dying man.

At this point the dying man was already having rolling up eyes, …all white.

I listened to his apex heart beat.

It was very weak and faint.

I knew in seconds, he would be dead if I don’t do something fast.

I commenced CPR (Cardio-pulmonary resuscitation) on him.

Then he began to convulse uncontrollably.

At the top of my voice, I shouted “Can someone get me Diazepam please?”

An air hostess ran somewhere to get it.

It was 30 minutes before landing.

If nothing was done fast he will die in less than 10mimutes.

And again. And again….

I listened to the heart using my stethoscope.

I turned to the chief air Hostess, please call Murtala Mohammed Airport and tell then to arrange an Ambulance before our landing.”

She said, “Right away” and began to rush toward the cockpit to inform the Pilot to do so.

When I was sure the patient’s ventilation improved a bit, I quickly withdraw 5mg of Diazepam and gave him straight intramuscular on his buttocks.

Returned to the supine position again.

I then announced to everyone that… “I AM buying time. He will survive.”

I was on the floor of the aircraft kneeling around him.

Monitoring every single thing I can pick from his reflexes.

The chief air hostess came back.

I asked her, “How many minutes do we have more to land?”

I again announced to everyone on board, “HE will survive.”

Then there was a loud sudden noise in the aircraft.

Then we landed on the runway.

We evacuated him very fast out of the plane.

At the foot of the plane there was no ambulance waiting.

I was visibly angry and now shouting at the top of my voice to all the airport officials.

In a rage I said to them, “This is wickedness. We did all our best with God’s help to keep this man alive for 30 minutes and you people could not even get us a waiting ambulance?”

Someone suggested that he should be taken in one of the Toyota Hilux van.

I said “No, it will kill him before we get anywhere”.

I screamed, “Any clinic in the airport?”

That was when their brains came back to default reset and they chorused, “Yes.”

I said tho the men still carrying him let go.

That was when we rushed him to the clinic in photo of this post that is close to the Arrivals of the Murtala Mohammmed airport .

I explained everything I did and the medications given to the doctor on call.

Then I walked out and looked up to heaven and said, “I know you were involved in this. Thank you Lord.”

I actually came to Lagos for an absolutely FREE Medical outreach that’s poorly funded to sick and abandoned Prison inmates at Kirikiri Prison.

We are all born to save lives. 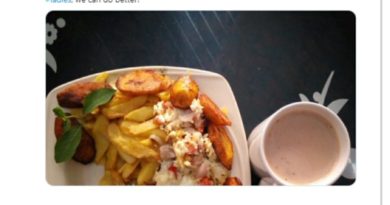 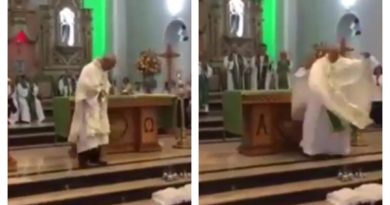 A Priest dancing shaku Shaku at the alter.(video) 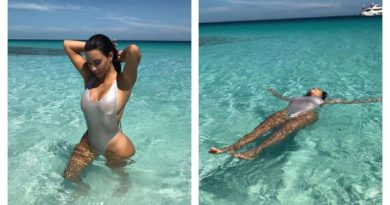